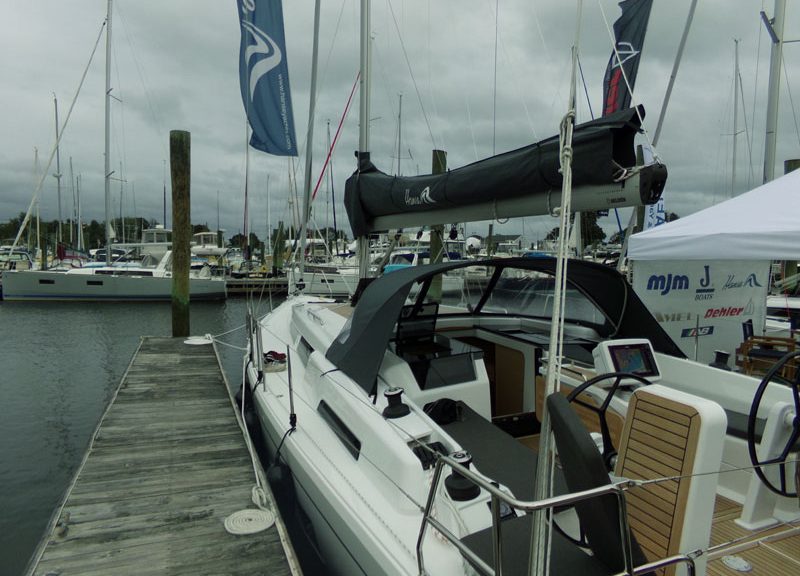 On September 21st I attended the Norwalk Boat Show in Norwalk, Connecticut. Sunny weather would have been ideal but it was nice that the rain held up. This blog is about travel in all its forms. Boats are definitely included since I work in the sailing industry.

This was my fourth time attending show, and my first time covering it as press. I knew that in covering the show I had some type of objective. To show people how fun sailing and boating in general can be. Many people associate boating with something only older people do. But it doesn’t have be that way. There is nothing like feeling the wind blow through your hair or holding on tight as a sailboat heels to one side. Are you curious to see what all those fancy yachts look like on the inside?

The show was predominantly motorboats with a few sailboats sprinkled in. One of the first boats I toured was what’s called a Hanse 418 (pronounced Hans-ah). It was approximately 41′ feet long. That is pretty large for a sailboat, able to carry an entire family on a weeklong trip. 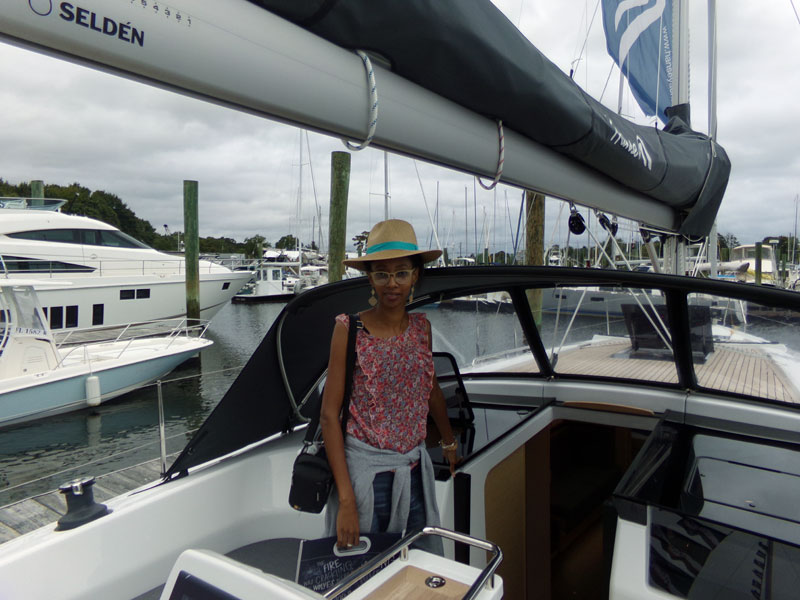 Hanses are made in Germany and I love their attention to detail. The cockpit (the area with the steering wheel), was covered all over in light colored teak wood . Down below I was greeted by more luxurious textures.

The galley (kitchen) is on the starboard (right) side and it faces the main cabin. Forward the main cabin is the forward (front) master cabin. Large windows provide lots of natural light so you really don’t feel like you’re in the bottom of a boat. 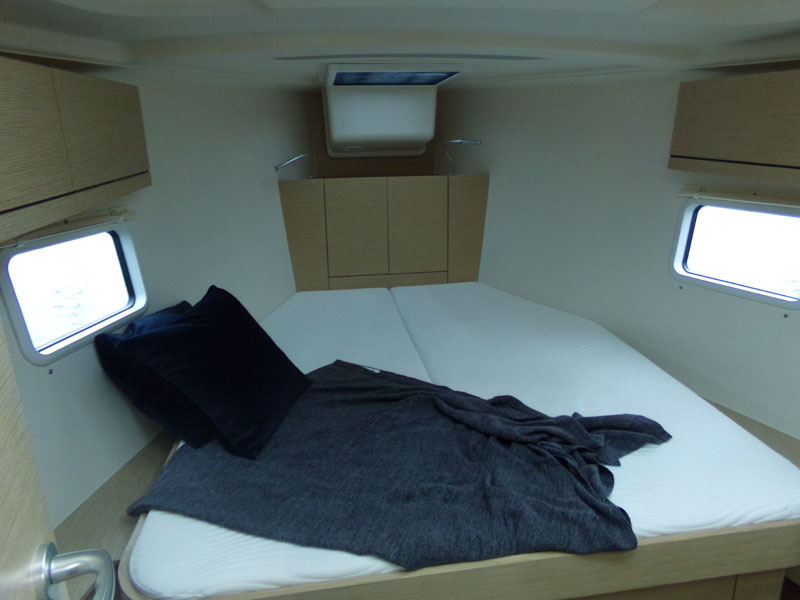 Two aft (rear) cabins provide sleeping room for even more people. I believe the sailboat sleeps 6 minimum. The head (bathroom) was on the port (left) side and pretty large. 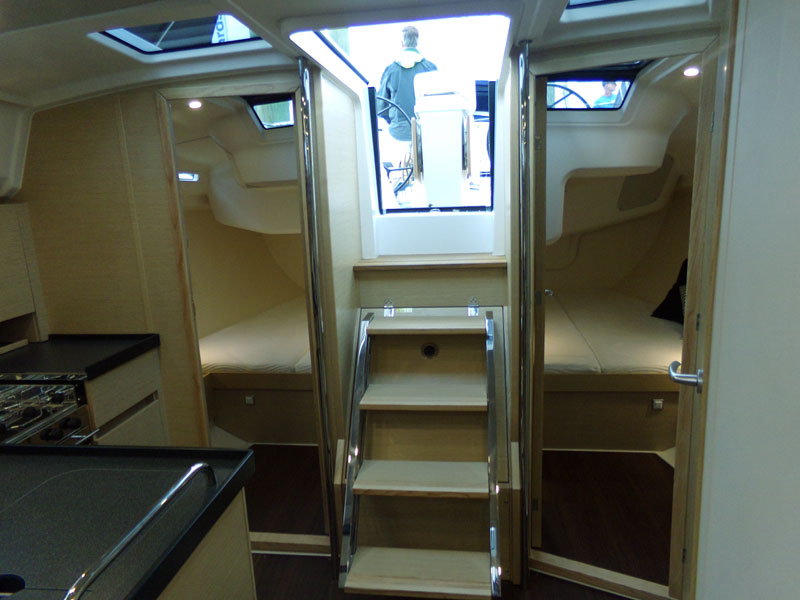 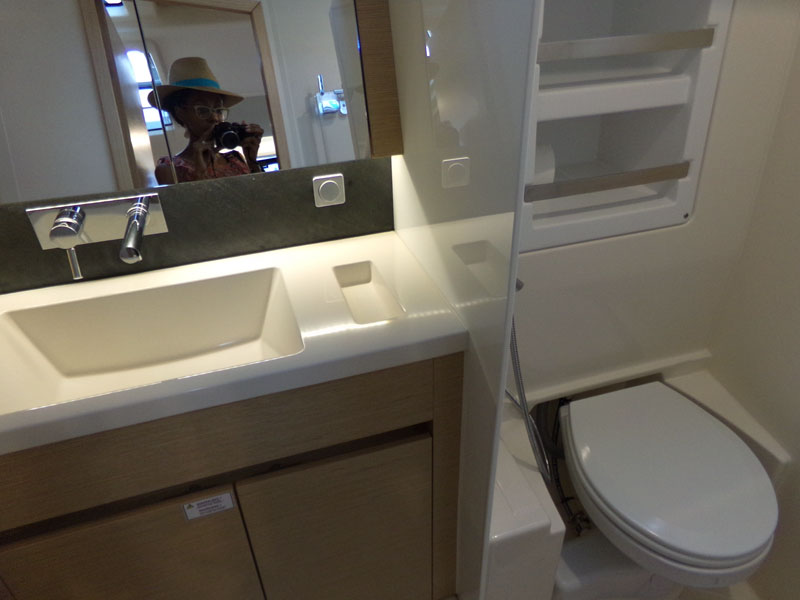 There were more sailboats featured at the show in past years. I looked around for my favorite sailboats (Beneteau and Jeanneau), the ones made by French builders. Alas, they were nowhere to be found. I was told that all the sailboats were being geared up for the much anticipated U.S. Sailboat Show in Annapolis set to start the beginning of October. It was onto motorboats.

One of my favorite motorboat builders is Azimut, though I didn’t spend that much time around their boats. The private party being held nearby made the area way too crowded. If you want to ride in a boat that feels like you’re in your own private villa, Prestige Yachts has you covered, though. There were all the cabinets and couches you’d expect to find in a luxury hotel suite. 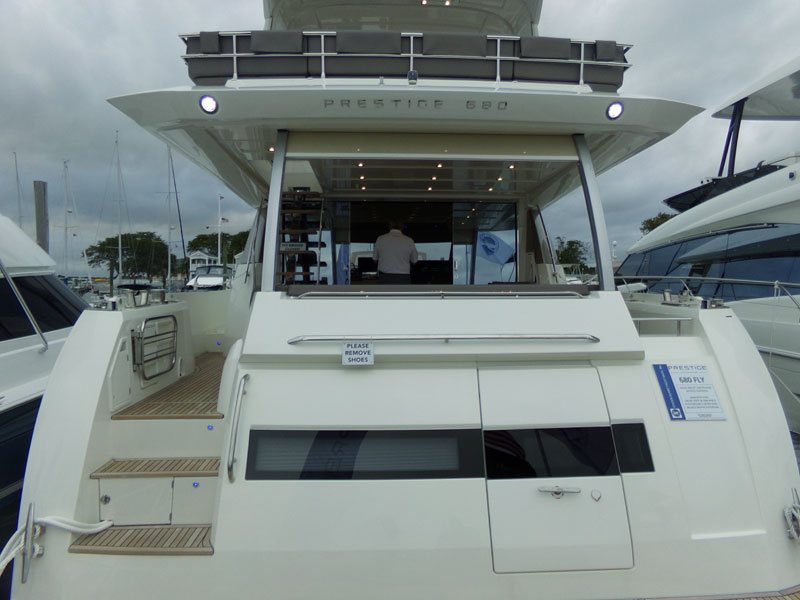 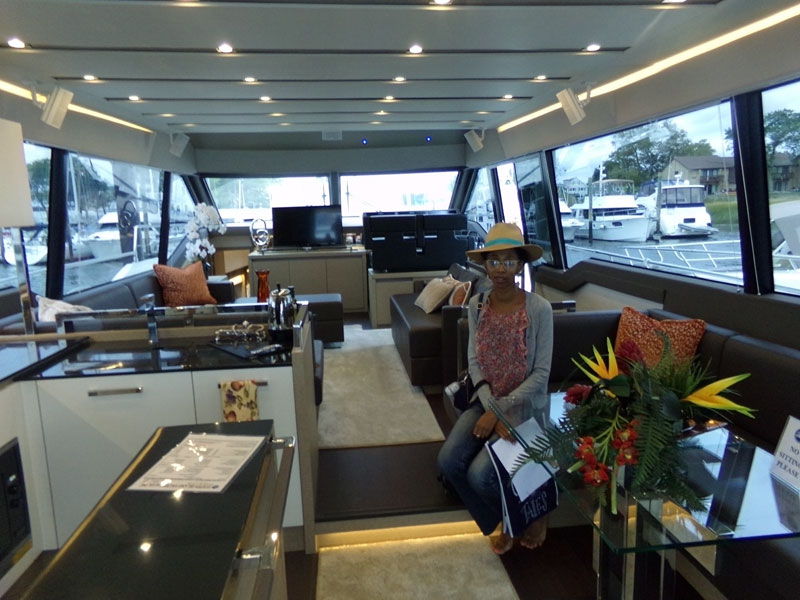 Actual steps led down to a very large stateroom. You would not believe you were on a boat. Wood covered everything and the soothing overhead lighting was a nice touch. The tour wasn’t be complete without seeing the head, also covered in wood and sparkling all over. 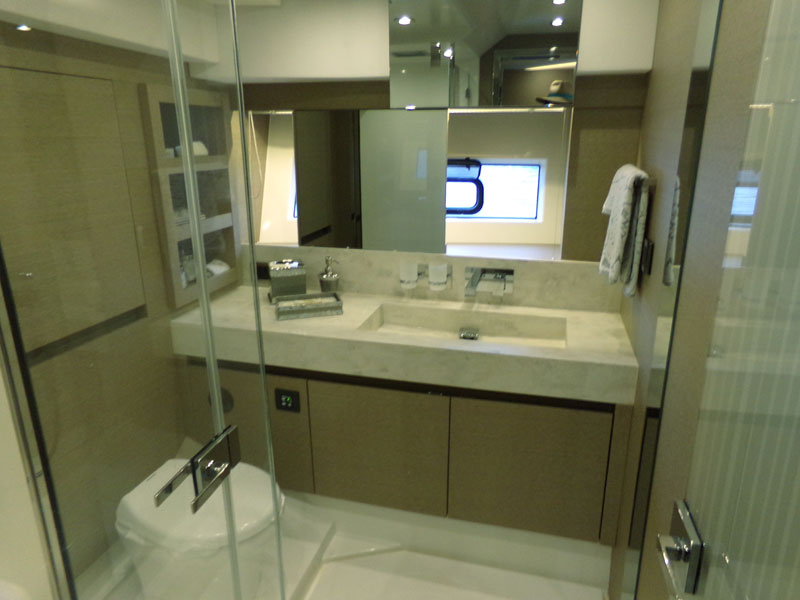 I also wanted to include what these motorboats look like from the outside. The model below is an Azimut motorboat. 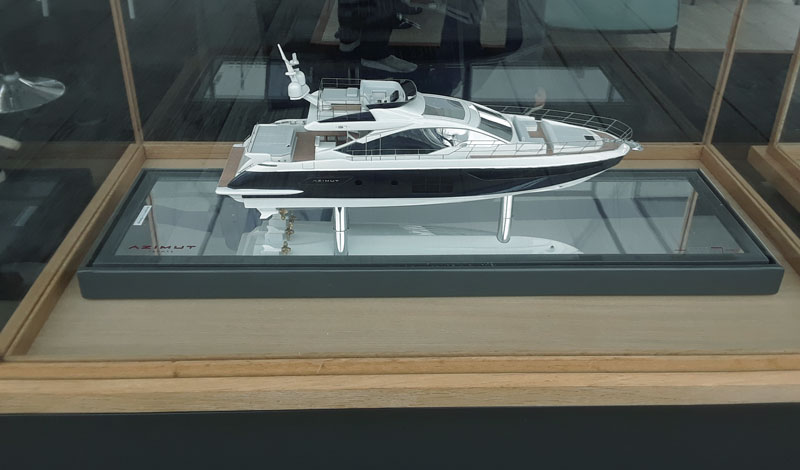 There you have it, some of my highlights from the show. Have you ever gone to a boat show before? What was your favorite part?

Passport by Design is the place where I share my love of  all things travel and Design. Thanks for stopping by.

I researched the best hosting so you don’t have to.