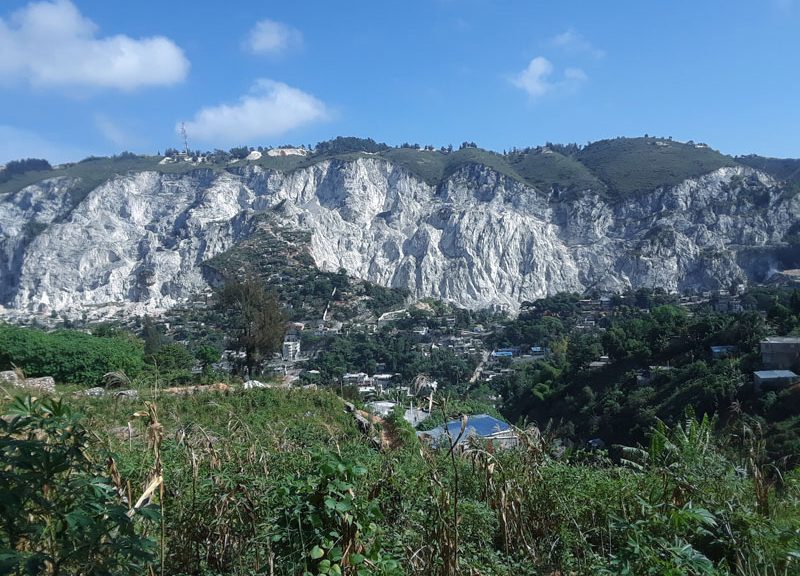 Growing up in the  school system in the US, I remember hearing two things about Haiti: poverty and voodoo. I also had a lot of friends with parents what had left Haiti to come to the US. They told me horror stories that really made me shy away from visiting the country. 6 years ago I started learning the Haitian Creole language. With all the stories I had heard, I waited a long time before making serious plans to visit. I wanted to see for myself what was true and what was false. As I type this, I’m currently in Thomassin Haiti. I hear roosters crowing (it’s not just a morning thing) and children laughing (It turns out they were actually goats, not children). 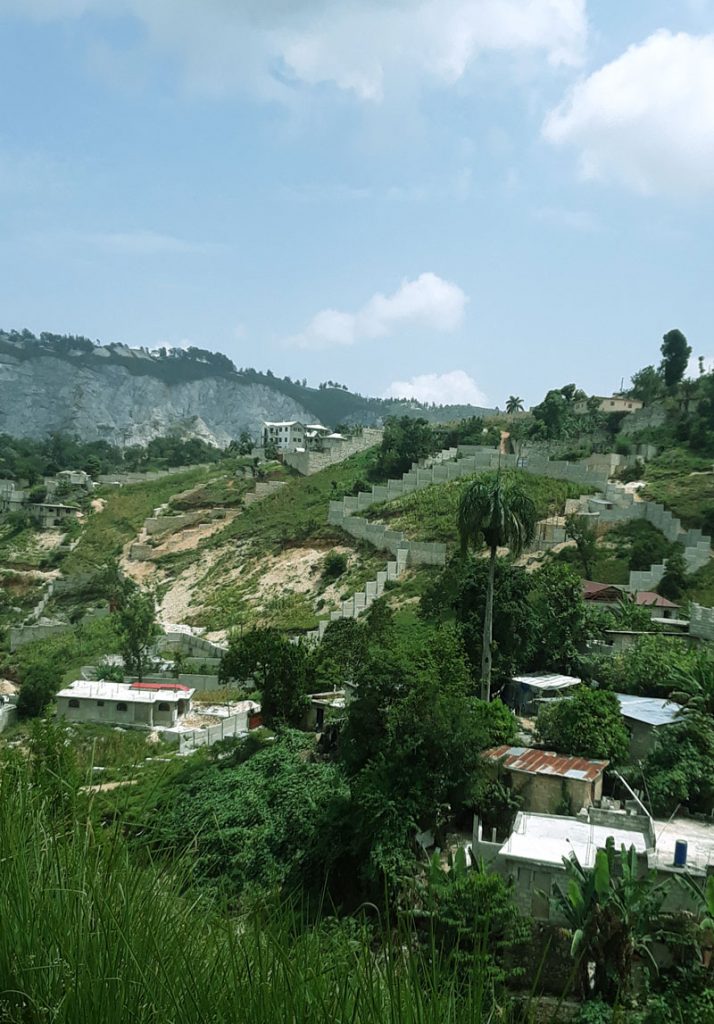 As I left the airport in Port au Prince, all I saw were people. They lined the narrow streets and walked in front of and behind cars. There were all the businesses I was used to back home, dry cleaners, clothing stores and beauty salons. There were Tap-taps, which are pickup trucks used as taxis where passengers pile in the back. Houses were cinder block buildings with cinder block or tin roofs. Goats, cows, chickens and stray dogs casually strolled the streets. On the road from the airport there was not a lot of grass,  mostly just cement and concrete. Some places contained large piles of garbage. Many people on the roads sold goods such as fruits and beverages. There were shoe shiners as well as people who sold leather goods and artwork. I was told that selling goods is a primary source of income.

On the way from the airport it started to rain and the dirt and rocks slowly turned to slippery muddy roads. It’s impossible to get around with anything that doesn’t have 4 wheel drive. 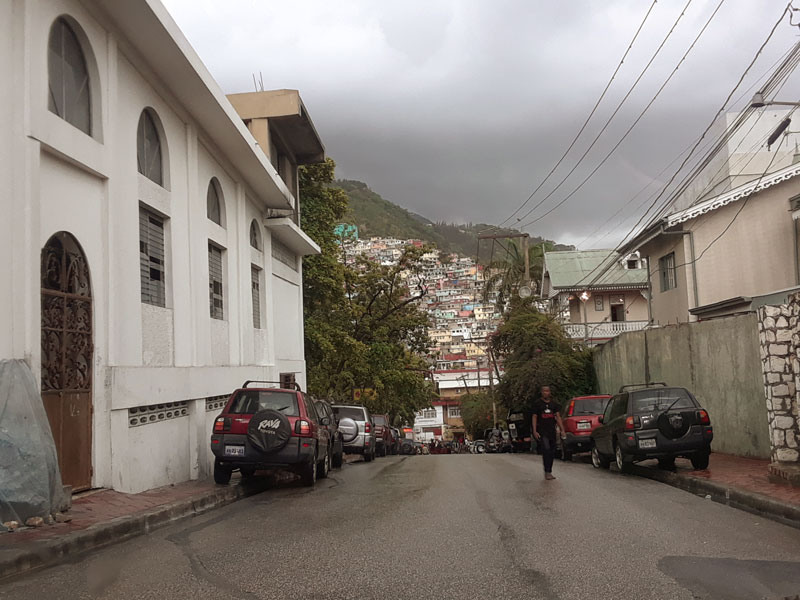 Far atop Port au Prince, lay Thomassin where I spent the first half of my trip. The air was clearer and there are more trees and grass. Goats, cows and dogs still roamed around. They were now joined by chickens and the casual family of pigs. Mosquitoes were out for blood, literally. There was no escaping them. I think I purchased the wrong repellent spray. But you’d think my citronella bracelets and mosquito net would do something. 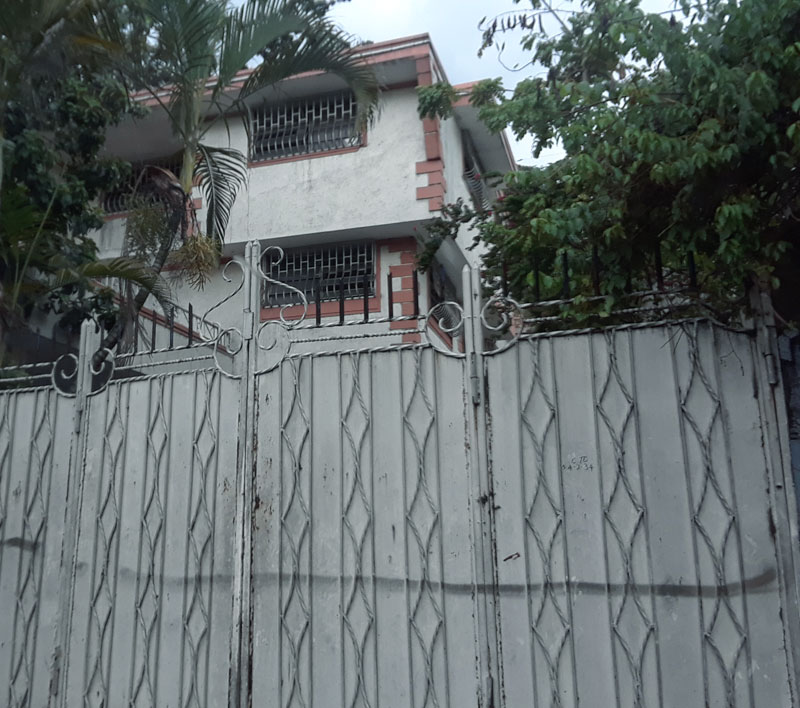 There are very large homes here in Thomassin. Smaller homes surround them as well. Many homes had large metal gates with doors for people to walk through inside them. Barbed wires covered cinder block and cement walls, shielding these large homes from would-be intruders. Guard dogs can be heard as they keep watch behind the large metal gates. Some roads are paved in Thomassin. Though, many are not. They are made up of small rocks and sometimes large rocks.

As far as first impressions go, there were things that were very different from life in the States. One of them being the way some people drove as if there were no signs or laws of any kind. “There are only two lanes. Well I can’ wait so I’m making a third one.” I was still curious to find out more, though.

Passport by Design is based in Connecticut, U.S.A. This Travel & Design blog aims to inspire, educate and motivate you to move out of your comfort zone and start living your travel and design dreams.

I researched the best hosting so you don’t have to.